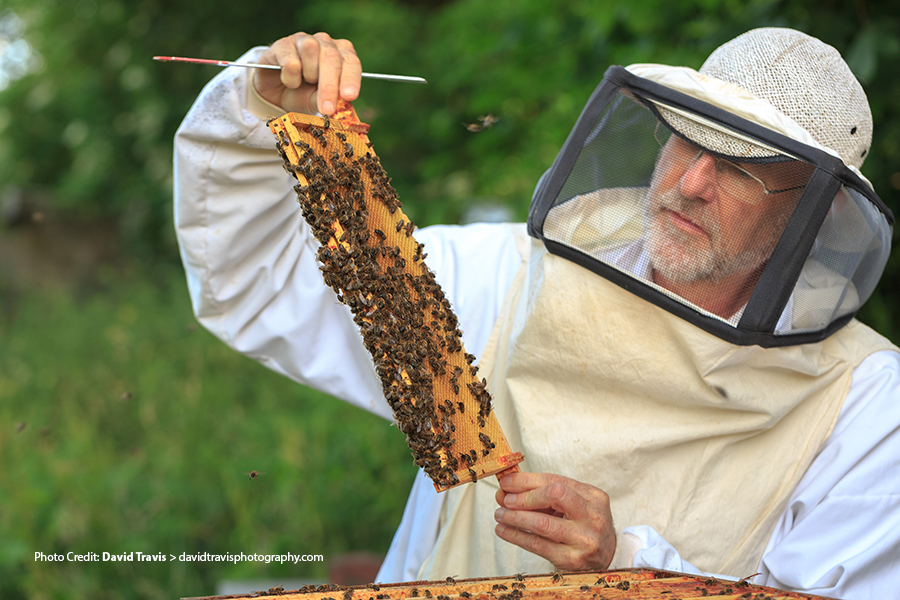 BIBBA is the Bee Improvement and Bee Breeders’ Association first founded over half a century ago in 1964, under the title of the Village Bee Breeders’ Association. Few remain among us who are unaware of bees’ importance to the environment, and more specifically, have not heard of the planets’ imperative need to protect its bees. It’s therefore pretty clear that BIBBA’s work is crucial, and anything that can help its members to work and communicate cohesively is really valuable not just for BIBBA, not just for bees, but for the well-being of the world – if we do say so ourselves. After looking at how NAMDET put WHYPAY? to such great use, we talked to Nick Mawby of BIBBA to hear how teleconferencing helped them.

Looking over BIBBA’s history, it’s apparent that unity and teamwork have been at the core of the organisation from its conception. You need only consider the name changes it has undergone. Beginning as the rustic and pastoral sounding Village Bee Breeders’ Association, the organisation rapidly expanded, attaining national membership. To reflect this, it became the British Isles Bee Breeders’ Association. The next change was equally important. Helping to solidify and clarify its purpose and its members’ activities, the name of the Bee Improvement and Bee Breeders’ Association was coined. Now, the group boasts over 400 members within Britain, and several more from further afield.

While such a wide membership is a massive positive – most crucially amplifying the efforts to conserve the native dark British honey bee – it also brings challenges. As BIBBA places such significance on inclusion and accordance of action, meetings have been regularly held over the years. But, of course, it can be really difficult and inconvenient to make long journeys to attend. Nick Mawby, BIBBA’s IT secretary, says people have even had to catch planes from Northern Scotland to make it. Not only is commuting arduous, not to mention damaging to the environment, but these massive commutes end up being really costly.

BIBBA found this out the hard way; As Nick told us:

Up to a third of our subscription income was going on travel and accommodation expenses for committee meetings.

They tried to remedy this by holding meetings over email instead, but found that group emails simply were not the same as teleconferencing: typing lacked the clarity and immediacy of speech. As Nick put it:

We still needed some form of ‘live’ meeting’.

Their next move was to consider video conferencing. There are some important differences between audio and video conferences that all organisations should consider before planning each meeting, as different conditions have different requirements. BIBBA looked into this but felt it may not be appropriate. They encountered frustrations due to poor Internet connection which some members were experiencing in more rural areas of Cornwall and Wales, and so began the search for some form of telephone conferencing.

This search was not immediately successful. BIBBA found that a lot of teleconferencing providers were too pricey, something which many have faced before – made even worse when conference bridges which claim to be free actually end up having tonnes of hidden costs. Luckily, BIBBA then found WHYPAY?, a conference call provider which is genuinely 100% free.

What’s great for BIBBA about how WHYPAY? works is that it doesn’t depend upon a good Internet connection to provide free conference calls. In fact, you don’t need to have access to the Internet at all. Participants can dial in from any landline or mobile phone, and the call won’t cost them a penny. That’s because WHYPAY? conference call rooms can be accessed by dialling in through an 03 number, all of which are included within callers’ bundled minutes, and should none be available are charged at the standard landline rate, which means it’s the same as calling any local landline number (in other words all 01 or 02 numbers).

Thanks to the ease, convenience and financial sense of WHYPAY?, BIBBA now holds teleconferences at least monthly, and increasing all the time according to Nick, a sure sign that something is really working. And if figures of frequency aren’t enough to prove the efficacy of choosing to use free audio meetings, the savings speak for themselves. According to Nick, these amount to over £500 for every meeting. Add to that an estimated £150 in call savings (compared to other ‘free’ telephone conference services), and when these are being held monthly, that very quickly translates to thousands of pounds. That’s a serious amount to be able to dedicate to the conservation and breeding of bees. In short, the savings aren’t just ensuring Nick and the team can eat, but that the whole world can eat.

Nick and his team’s experience can do more than demonstrate why teleconferencing is so useful, too. Like with anything in life, trying something new can be a little daunting, and often we have to learn on our feet. Thankfully, with conference calling there are already a lot of handy tips and guides to help newbies hold a really successful meeting, as well as some advice on common mistakes to avoid on a conference call.

For BIBBA, an initial concern was that clear communication might still be a little challenging to manage. Fifteen people is a lot to have on a phone call, after all, and without the visual cues and body language which we are used to it can be trickier to avoid interruptions and miscommunications – understanding vocal cues becomes paramount.

There was concern that it would be impossible to manage 15 people online at the same time. We wondered initially if strict rules would have to be imposed, but we have found that it works very well without.

And by circulating the relevant documents and papers ahead of the meeting and creating a detailed agenda (and, crucially, sticking to it!), Nick’s conference calling experience has been smooth and effective. It has enabled BIBBA to carry out its invaluable work as a united and fully-informed team, and will likely encourage and enable more people to become more active committee members. There’s no doubt that this is spectacularly significant, especially to BIBBA and the bees its members care for.

In fact, given the opportunity to sum up his thoughts on WHYPAY? in just three words, Nick boiled it down simply.