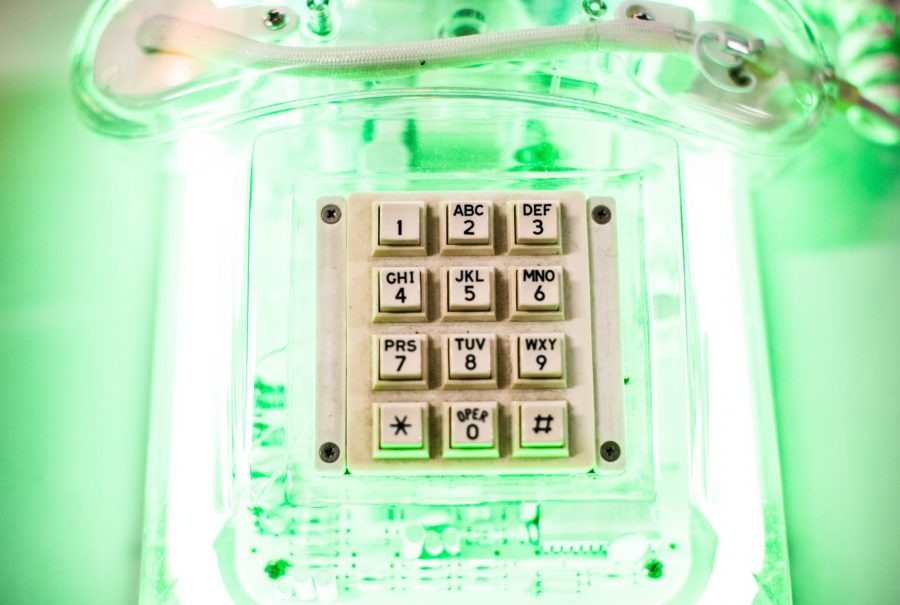 The use of DTMF is prevalent across telephone networks for things such as selecting Interactive Voice Response (IVR) customer service menu choices, entering digits to check your bank account balance or paying a bill, and for accessing conference services like WHYPAY?.

So what is DTMF?

As its name suggests, it is a combination of high and low frequency tones that when selected via a digit on your telephone keypad, transmits the identity of that digit as a pair of frequencies.

The following table shows the digits and the pairs of frequencies that represent each digit.

When DTMF was first developed in the 1960s, all of its frequencies were easily transported across the public switched telephone network (PSTN) together with speech, as the analogue nature of the connections meant that frequencies were not compressed or subject to any losses, other than where physical distance required amplification of the signal.

When the industry moved to digital call transmission, the analogue audio signals needed “digitising” and were sampled in a way that transformed (coded) your voice call into a series of digital signals (8 bits in length) that were transmitted to a decoder at the remote end for reconstituting into an audio signal (your voice). DTMF was also considered in this process, and hence not affected during the coding and decoding process due to the high quality (8 kHz) sampling rate used.

So how does it work today?

Fast forward to today, however, and many networks now employ internet-based technologies and IP transit connections and rely on packet-based switching and transmission, and in certain situations where capacity is costly or limited, employ compression/decompression coding and decoding (codec) algorithms that reduce voice packets and therefore the bandwidth required for each telephone call.

The actions of applying lower quality codecs (e.g. G729, G723) means that the frequencies that make up your conversation are compressed in a way that reduces (usually imperceptibly) the quality of your speech.

With DTMF, however, if it is also transmitted within the speech path then it will also be subject to the actions of the codec. In other words, the frequencies that identify the digits are also compressed and the effect is that those digits are no longer recognisable by the time they reach the IVR.

So what can be done to ensure DTMF is reliable?

The adoption of International Telecommunication Union (ITU) Request for Comments (RFCs) ensures consistency of approach between communications providers and helps to ensure that the telecommunications industry interconnects on common terms and specifications so as to avoid issues with incompatibility.

RFC4733 (and previously RFC2833) specifically defines the payload formats for handling the packet structure for DTMF and other tones, signals and telephony events when transported across IP Networks. It recommends separate Real Time Packet (RTP) payload formats are employed since low-rate voice codecs cannot be guaranteed to reproduce tone signals accurately enough within the normal voice path for automatic DTMF recognition to function correctly as previously described. By separating payload formats, this allows the use of higher compression codecs by ensuring that DTMF is separated from voice packet streams and hence is not subject to the same compression algorithms.

Packet loss or jitter are common words in relation to IP networks, and occur due to things such as poorly terminated physical connections or failing or overloaded equipment. This can cause poor quality speech (clipping) and/or disconnections, and sometimes affect DTMF transmissions being received correctly. Low levels of packet loss are often not discernible, however as they become worse, voice quality and the ability to transmit DTMF become severely affected and calls can drop out completely. Ensuring well-dimensioned and maintained networks and infrastructure are vital in reducing the risks of failure or overload.

When you dial in to the WHYPAY? IVR, the digits you press on your keypad to input your conference room number and PIN are delivered from your handset, via your phone provider, through the telecommunications network, often transiting a number of carriers, until they arrive at our network where our servers collect the digits it receives for your room number and PIN before entering you into your conference.

What can I do if I’m having issues with DTMF being accepted when dialling in to WHYPAY?

It’s always best to check for the simplest things first.  If your handset has a mute function, ensure that this isn’t accidentally on or pressed during the entering of digits, as muting may have the effect of preventing digits being transmitted depending upon the handset/phone you’re using.

Try calling in to WHYPAY? from an alternative phone and if possible from a different network. It is possible that if you have poor mobile signal, or the mobile base station you are connected to is oversubscribed or congested, then issues may be experienced with accessing WHYPAY?. Try from a landline if possible if you’re having problems calling from your mobile.

Another way of testing your handset is to try dialling another number such as your voicemail or your telephone banking IVR and checking that your DTMF works by pressing digits when prompted, ensuring that you progress successfully through the menu structure as you select each option.

If you’re still having problems after checking the previous steps, then by all means let us know what you’re experiencing by contacting us, providing as much information as you can, as that will help us to diagnose any issues promptly.